After talking about my mother in my last post, I felt I needed a follow-up. Not that I don’t stand behind every word, because I do. It’s more that I feel the need to explain further.

I received some surprise at my curt ending. Isn’t Jesus the Comforter, as [I] so poetically put it? Yes, He is. Don’t [I] trust Him? Sometimes. This suffering is a gift. Yes, yes…*yawn*…

Here is the thing. Yesterday, I had that moment when I told the world the truth about my mother’s disease and how angry I am. Today, I’m having that moment where I don’t care what anyone thinks, I’m still mad about it. Tomorrow, well, tomorrow I’ll see how well the anti-depressants are working.

Like I said in the previous post, if I believe that He who called me is faithful and He will do it, and I do friends, I really do, then I have to believe that I am not supposed to manufacture a joyful heart over my mother’s death, a positive attitude about my family’s suffering, or fake it until I make it. No, friends, that is hiding my heart from the Lord, and I don’t have to do that. I don’t have to.

What deepened the relationship of the disciples with Christ was not agreeing with everything He said or He thought. We all know they did not agree from time-to-time. What brought disciples of Christ into deeper relationship with Him was the act of going back to Him repeatedly. They physically, verbally, and emotionally connected with Jesus. This honesty between them was a level of respect, a place of honor.

I’m not saying He is ever wrong; don’t hear that. What I am saying is my flesh is in process and my God isn’t. He can handle me. He’s okay with me where I’m at.

So, no. I don’t have to muster up a happy post about my mother dying from Lewy Body Dementia because I’m a Christian.

I believe in wrestling with God. 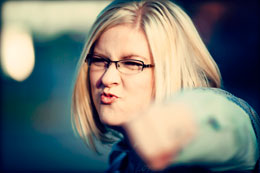