You know when we use our vices (positive or negative), to escape we don’t really ever escape. We just delay the inevitable. There is something I am trying to escape that I can’t get away from unless I just face it.

What is it? My mother.

She was diagnosed with early onset dementia a few years ago. Last summer she changed. We noticed a dramatic downturn. We knew something was definitely wrong. We just didn’t know what, and honestly, I’m not sure I wanted to know. I kept thinking she would snap out of it, but she didn’t.

In October my mother was diagnosed with Lewy Body Disease.

Lewy Body Disease is a progressive form of Dementia that is fatal. Fatal…that word is suddenly very hard to say because I’m saying it about my mother.

Lewy Body Disease is unkind. It mocks Parkinsons. So, she has the memory loss, confusion and psychotic episodes of Dementia and the shaking and (eventually) complete loss of motor functioning. She walks with a shuffling gate, doesn’t know where she is at, doesn’t recognize me sometimes, and has developed chronic fatigue along side her anxiety, which makes it hard for her to sleep. Her tongue is loosing its ability to function and she is hard to understand. She can’t follow conversations, hallucinates and lives in fear of what is happening to her. Some days are good, but more often than not lately, there aren’t too many good days. Except one day soon, I’m going to be thinking that her bad days now are good days.

Lewy Body Disease is defeating my mother and the grief is momentary and eternal and in pieces and the whole, all at the same time, over time.

This disease, this crippling disease, is about a complete and total loss of control, both for her and for her family—the victim and the caretakers. And I feel it. I feel the loss. I feel the chaos. And so does my mother. We are together in this, and we are alone in this. She is suffering and I am suffering, together and separate. God only knows how my siblings who live near her can stand it…I feel for them too.

I wonder what God is saying in all of this. I have been such a big talker about grief and suffering and loss and holy crap when it happened to me in this way I feel like taking down everything I have ever written about the subject and saying, “Drink heavily. It works.”

But it doesn’t work. Nothing works but to face it. To say out loud to God, the Comforter, “I am angry. I have hate in my heart. What are You going to do about it?” To say it again and again. Because the truth is, I do have hate in my heart, and the only One who can help me is Him.

If I believe that He who called me is faithful and He will do it, then He has to do it. He has to take me to a place of peace and healing because I can’t make that crap up. At this point, I can’t manufacture one warm and fuzzy feeling about any of it. He will have to do it. And boy do I wish He would hurry up.

My friend Charles tells me that we hurt in pain and we heal in pain. When I try to escape it, I eventually have to face it, and that means hurting twice. That sucks. Losing to Lewy Body, well, that sucks too.

One Response to “Losing to Lewy Body” 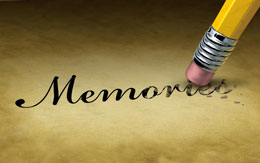