November, and the Beginning

November is National Adoption Awareness Month, and this year, I want to encourage you to begin with the beginning. Birthmoms.

Who are these women, the first moms? What types of women are they? What are their motivations? How do they survive after placement?

I’ve been doing my own research, and I have a crying headache from reading story after story of women who have placed their children for adoption. They are grieving. They are longing. They are desperate to connect.

We don’t put those women on posters. We don’t parade them around in November each year. National Adoption Awareness Month, traditionally, is not for birthmothers. It is for children who need to be placed in a home because they have no other options. But if November and National Adoption Awareness Month is not for birthmothers, then when is the time to educate people?

Because I work professionally in adoption, I am always ready to educate people about adoption. If you hear a woman tell her story about placing her child for adoption and she says she made the greatest choice and didn’t have any trouble what-so-ever and she is happy about it all the time…SHE IS LYING, or worse, not free enough to express what she feels at her core.

I have never met a birthmother who has a squeaky clean story with no regret or questions or sadness. Not even one.

Perhaps you think that is only in domestic infant adoption. You are wrong. I have known women who have lost children to the State because of their choices, and those women grieve. I bet you a million dollars that the women outside this country who place their children grieve for them as well.

With National Adoption Awareness Month now here, I just want to encourage you all to reach out to a birthmom. Full disclosure: Most of us don’t like this month. It’s like the American Indians on Thanksgiving. We aren’t very thankful or celebratory. Perhaps that is because some of you are uneducated about birthmoms? You may have innocently picked up a stigma or idea about women who choose to place their child for adoption, or maybe you have had one or two experiences with birthparents. Please, whether your encounter with birthparents has been good or bad, don’t make judgements on one experience. You are probably, on some level, wrong, which is okay. You don’t have to stay there.

Reach out to a birthmom and ask her to tell you her story. A birthmom loves and misses her child. She is most likely grieving and longing and desperate to connect, and she is solid. That’s my word for birthmoms. Solid. They are solid. Nothing can shake their love for their child. I wrote to a birthmom the other day that the magnitude of her grief mirrors the magnitude of her love. Believe it, friends.

Honor these women by asking them about their experience. If they don’t want to tell you, they won’t, but my guess is that they want to share. Love birthmoms well this month by acknowledging that the joy of the adoptive family began with with pain of a birthmother’s loss.

This year, let’s become more aware during National Adoption Awareness Month. Let’s begin at the beginning and recognize the women who have made this possible, who chose life. Birthmoms.

4 Responses to “November, and the Beginning” 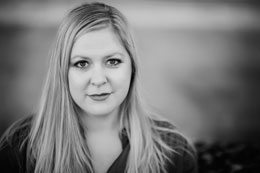