The idea of birthparent seems so weird sometimes. It can make me feel like an alien species that none of the “normal” population can understand.

I just have to say this out loud.

When I stepped into an adoption plan as an expectant parent…(notice I didn’t say birthparent; I’m saving that rant for another time)…I thought, “I’m going to do the very best for my baby and then, it will be over.” There is a lot of parenting on the front end. I decided who would raise him, how well I took care of him, if I would (or would not) take him to the doctor in the womb, give him prenatal vitamins, etc. Lots of parenting decisions.

When I placed him for adoption, there weren’t any more. Not really. I made the only parenting decision I could and it would be my last for him. Right? Wrong.

Maybe that is why they used to tell us (birthmoms) to move on and forget about it. As if we could do that! Whomever thought that up was an idiot or completely selfish. Probably the latter. So many times people have wanted me to get over it or to be better because it would make them feel less uncomfortable or more relieved, but it doesn’t work like that. He has stayed with me.

As a parent to two children that I help raise, I have to say that there are things I do for them as their parent that I do for my son that I placed. First, pray. Good googly moogly do I pray for them! Second, worry. I know, I know…totally not what the Bible tells us to do, but I’m in process, so…I worry. Boast about them. Protect them. Love them. Love, love, love them.

The praying, the loving, the worrying, the loving, the boasting, the protecting, the loving and on and on. It is all parenting from a distance in a small way (to me), and that is precisely why I didn’t just walk out of the hospital and forget about it. That is why the grief and the joy stay close. I am actively and continually invested in him as my child. Those parenting decisions didn’t stop when I placed him.

And I wouldn’t want them to. I am privileged to pray for him and love him and boast about him. He may or may not feel “lucky” to have love from two mothers, and I would never suggest that he should, but he does have love from both of us and mine isn’t going anywhere. It’ll be fifteen years in a couple of weeks, and friends, his life is still impacting mine.

Thank you, Lord, for the weirdness of birthparenting. Thank you for life, Yours and his. Life begets life. Amen. 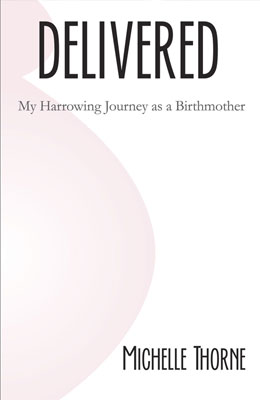